A Value Based Analysis of STACK Acreage

Recap: How to Identify the Next Hotspots in the STACK

Last week we showed you how to identify the next hotspots in the STACK by looking at bonus amounts, which tell us how much operators are paying per acre and serve as a pretty good indicator of how valuable they consider any particular tract of land to be.

We created a visualization for you using Spotfire that revealed in which areas of the STACK the operators were offering the highest bonus amounts. 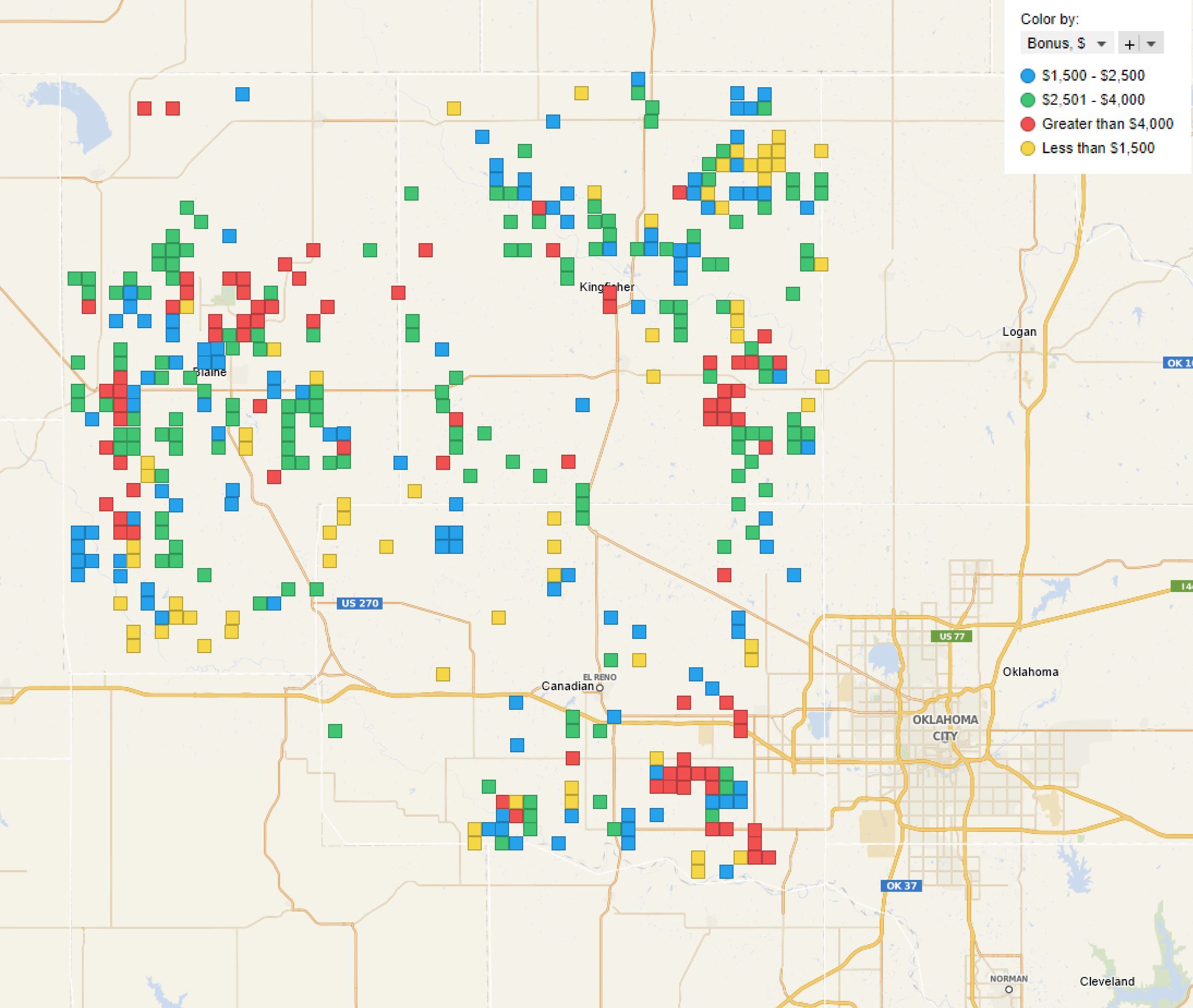 Last week, we concluded by asking the question: can we correlate bonus amounts with initial production (IP)?  The anticipation is over because we have the answer for you!

The highest IP’s were primarily in Blaine County with the largest well recorded at more than 3,000 BBL/d (5,100 BOE/d) from Devon Energy, the Faith Marie 1. 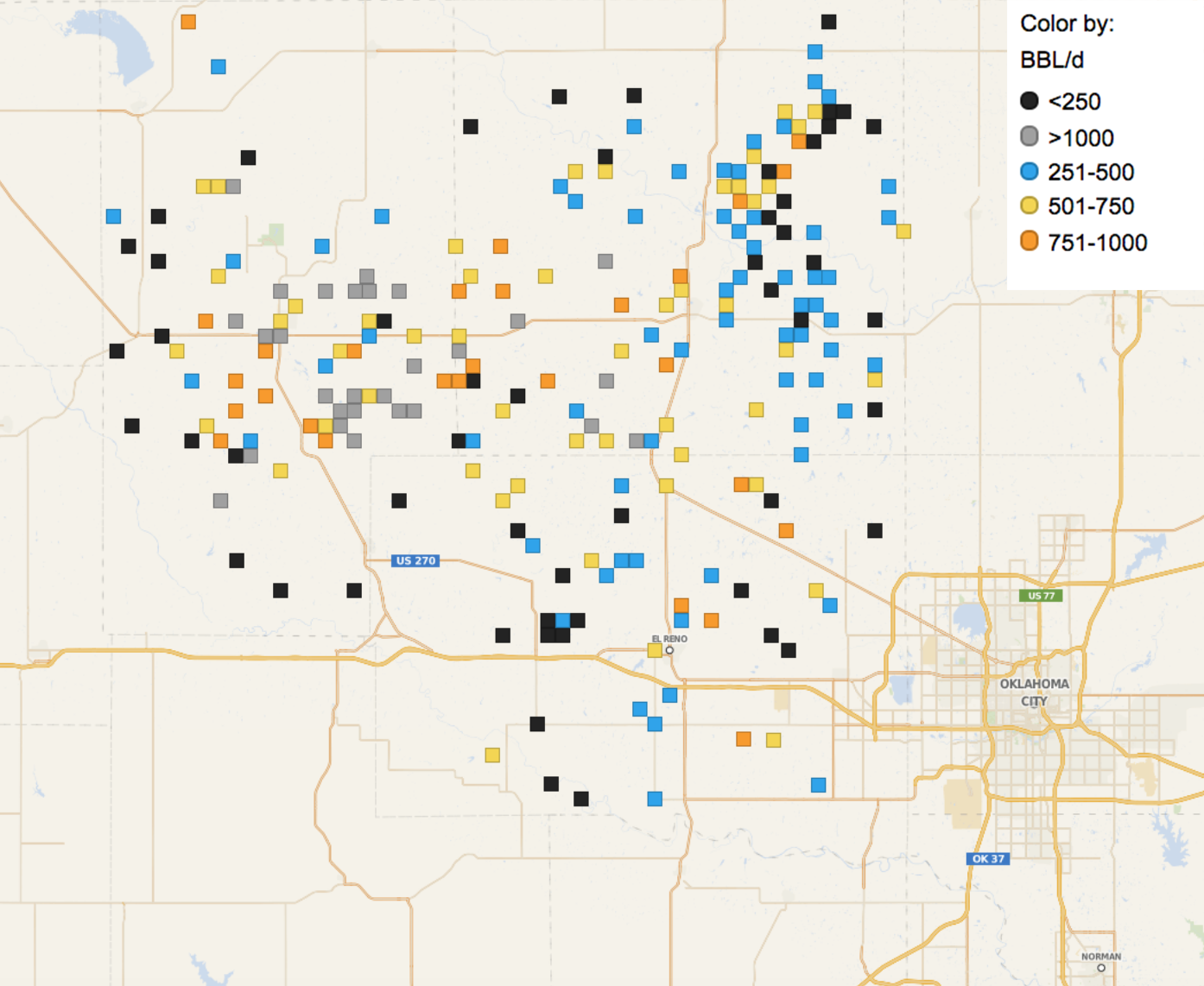 Here’s a graph showing the greatest production amounts by operator.

The operators with the highest reported wells were Devon Energy and Continental Resources.

We also decided to list the top 5 gas wells in the STACK.  Looking at the reported IP rates, Continental's top 3 were too big not to mention! 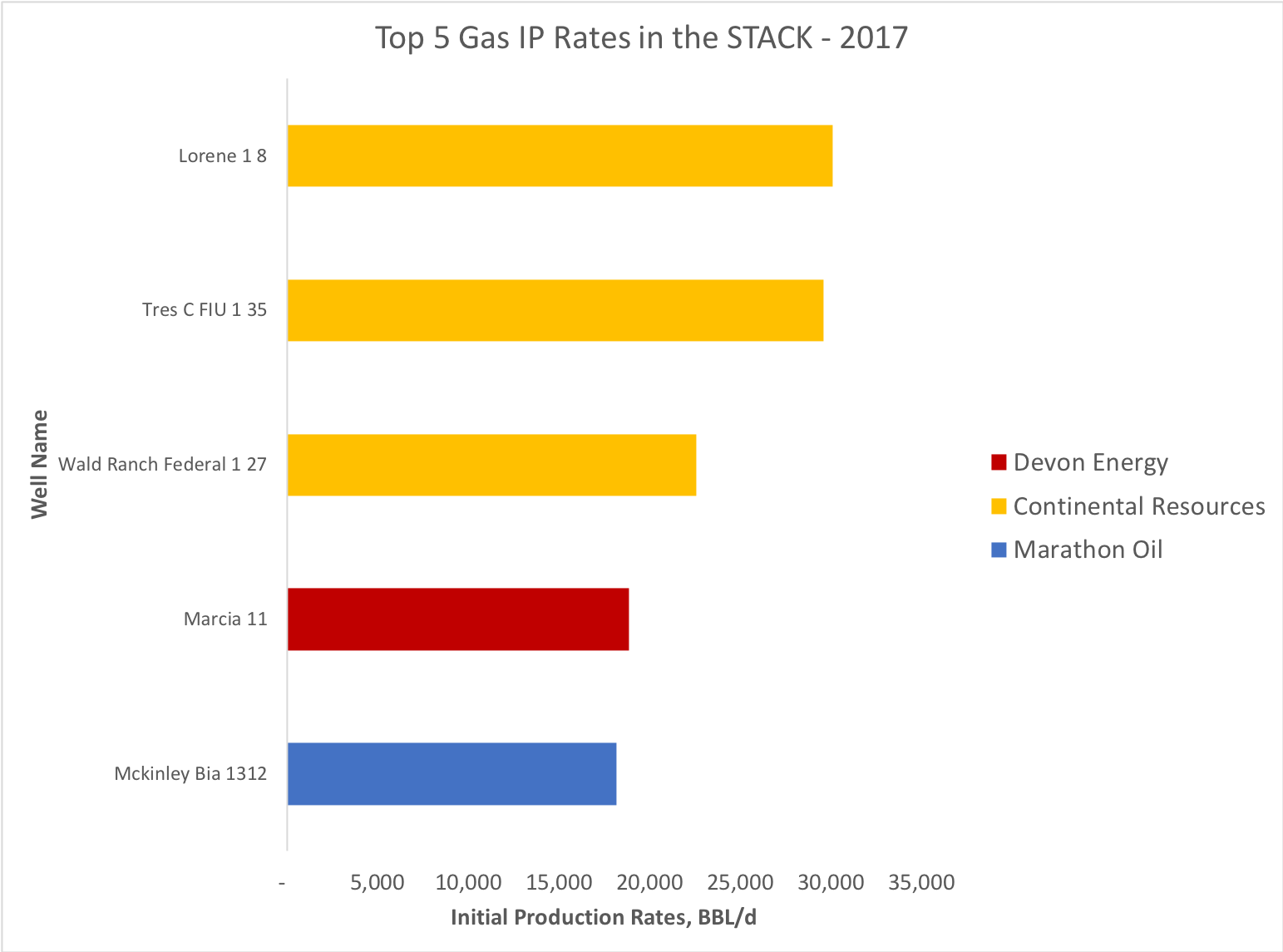 The majority of wells were reported by Devon, Continental, Marathon and Chesapeake.

So what’s the verdict?

Our hypothesis was that higher bonus amounts should correspond to higher IP rates...and this did not prove to be entirely correct:

The expectation was that the scatter chart would trend up and to the right...and it doesn’t.

The reason was that the hypothesis was flawed. The first factor is that IP is not a great predictor of well performance, not to mention the fact that there are MANY other factors that go into the economics like well cost, opportunity for additional wells, water production, etc. The biggest factor in this play is the opportunity to drill additional wells in additional zones - this is a STACK’d pay zone after all.

So which operators received the most value from the highest producing wells in the STACK?

Well, we can’t reveal all our secrets at once. To find this out, you’ll have to give us a shout at hello@oseberg.io and we’ll show you how using Atla.