A Primer on Field Rules in Texas

After building an Oklahoma spacing dataset of unparalleled quality in the industry, Oseberg set about doing the same thing for Texas, where field rules are governed by the Railroad Commission (RRC). In Texas field rules govern well spacing requirements, but they also govern a whole lot more concepts. But, as we all know, Texas does things the way Texas wants, so we had to adjust our model.

Let’s start by reviewing what spacing is again:  spacing is the process by which states regulate the number and relative location of wells that can be drilled on any given acreage and into any given common reservoir.

The state regulates the process to ensure the reservoir’s production is optimized for the greater good of all operators and royalty interest owners, and — let’s not forget — to maximize any state tax revenues associated with production.

In Texas, unlike Oklahoma, spacing is not its own atomic regulatory process, but part of a larger regulatory concept called “Field Rules.” A “field” is the regulatory element that represents a continuous, communicative pool of oil and gas.

Unlike in Oklahoma, a Texas operator does not need to file a document to form a spacing unit prior to planning a well. Instead, “field rules” in Texas govern the process and exist in three categories: Statewide, County Regular, and Special.

Operators need only review the field rules for a particular property and file a permit along with a plat of the proposed unit (a drawing of the unit and wellbore path) for that acreage and targeted reservoir(s) (i.e. field). When an operator believes that he needs rules other than the Statewide rules, he must present evidence to the RRC to have the Statewide rules (or existing rules) changed. We will explore the ins and outs of Field Rules and the process by which they are amended in a subsequent post.

Below are some screenshots of Oseberg’s field rules data set in Texas, as displayed in Atla. 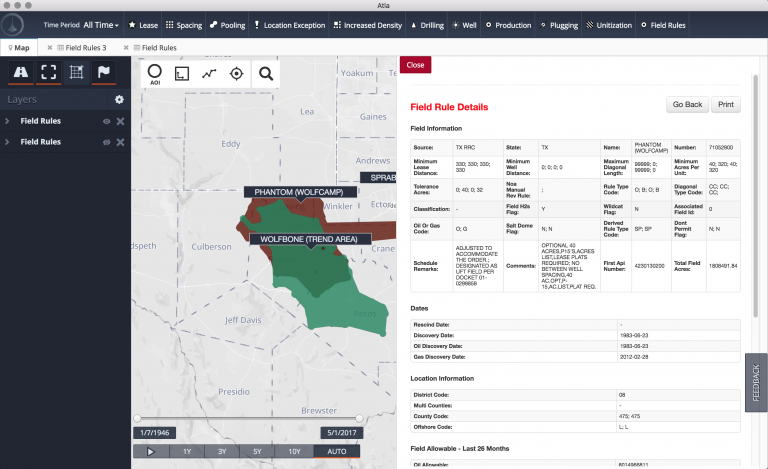 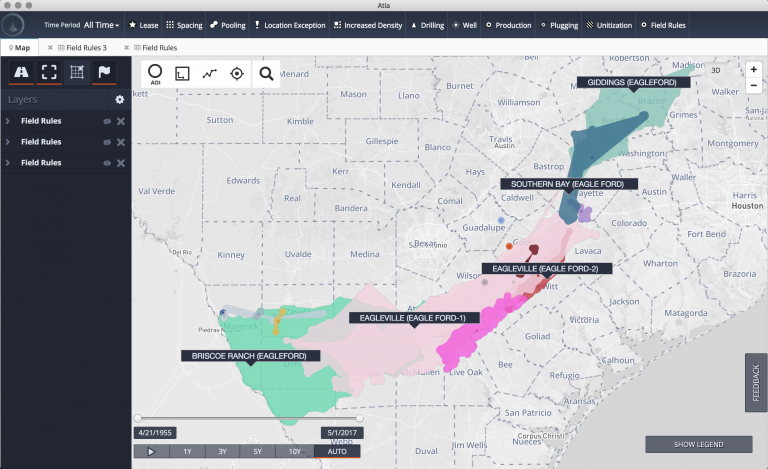 We built our dataset with the following principles in mind:

Have we convinced you yet that our Texas field rules data set is a game changer in the industry? Don’t take our word for it, contact us for a quick walk through of the Texas product!