Are you looking for Permian Basin “needles in a haystack” acreage to acquire and develop or flip? Or are you trying to defend against such annoying intrusions? Either way you should find this information exciting: at oseberg, we can now find prospective Pughed Out (“surface” Pugh) acreage across the entire TX Permian in seconds on a current, rolling time basis.

You know the saying “to find a needle in the haystack, burn the haystack down?”  There is some truth to that when looking for small, potentially overlooked acreage opportunities.  We hear a lot that:

1. "There's nothing open in the Permain."

2. "We struggle to meet all our drilling obligations due to financial constraints, rig availability, and/or lack of full visibility into lease obligations, especially on non-core properties.”

What is a Pugh clause?

Recently we have been looking at leases with vertical, or surface, Pugh clauses across 15 counties in the TX Midland & Delaware Basin portions of the Permian. Recall that vertical/acreage/surface Pugh clauses describe the provisions commonly found in oil & gas leases since the late 1940’s that require a lessee to drill and produce a sufficient number of wells to effectively drain a lessor’s property. (This is a nice summary and clarification of Pugh clauses and terminology at https://www.linkedin.com/pulse/20140709012517-48992161-development-of-and-variations-to-the-pugh-clause/). If those wells are not drilled, completed and/or producing by the end of the primary (or extended) term of the lease, certain acreage that was included in the original lease may no longer be “Held By Production” (“HBP”) and become effectively available to be leased by another party.

OK, back to the haystack... 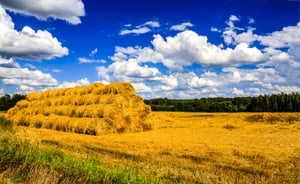 Leases are expiring every day. But which ones? And which ones have surface/vertical Pugh clauses? And which leases have producing wells rendering (at least a portion of) them HBP? And which ones may have recent permits filed to drill, indicating someone is on top of things…or at least trying?

Well, you can use various data from different sources and try to overlay them all in a GIS application…. and look at stuff. All over. That’s one way. Or…. You can let us do all that for you. (Because we’re doing it anyway for us… a little more on that in a minute.)

Burn down the haystack!

Then, using several spatial computations, topological cleanup, and integration of several other key datasets, we narrow down those leases with Pugh clauses into Pughed Out acreage candidates in the Permian.  Finally, we present them as a series of dynamic ESRI ArcGIS map layers with specific time windows to illuminate leases either expiring soon or those that already have expired.

Seems too good to be true, right? We weren’t sure either, to be honest. So, we started checking. One of the first tracts we found open was a several hundred-acre parcel in Glasscock county, Block 33, T3S, A-942, Section 18. Not in the heart of the Permian, but still within productive zones. We asked one of the operators in the vicinity if they would check. Their comment: “yes, it looks like you just found open acreage in the Permian”.

But we didn’t stop there. We also hired one of our land brokers to look into the property as if we intended to lease it. The ownership details are a little complex (shock), but long story short? “Open”. (Or at least over 95% was open of record as of 4/22/2019, including 12.5%, 70 net acres, owned by Oxy.) We then ran this by a couple of smaller players in the area who also confirmed it was open. (One of them offered us commission for finding the acreage if they picked it up.) 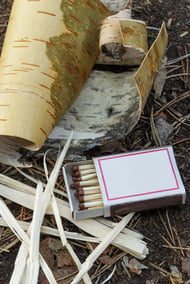 Since then we’ve found several other tracts that we’ve confirmed are open. We’re looking for a partner(s) who can participate with us in a more direct, risk-shared manner to acquire these leases. We’re also currently licensing these layers to clients who subscribe to our TX data Map Services product (leases, units, permits, completions, production and more).

The needles are in there. If you’d like to find some yourself, please contact me at rich@oseberg.io. See you out there!